Information is not knowledge.


~Albert Einstein
Posted by genevieve at 11:09 AM No comments:

Free speech is when an individual or group expresses his/her views about a particular topic. Trouble comes when one tried to silence the other person who views they do not agree with. Character assassinations are common also. People will say things we don't also agree with but no one should have their characters ripped and shredded because their views are different. Just a point to remember.
Posted by genevieve at 10:49 AM No comments:

There may be times when we are powerless to prevent injustice, but there must never be a time when we fail to protest. 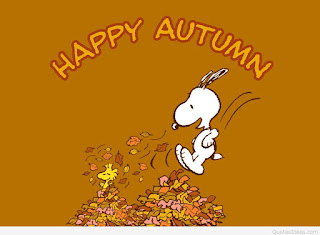 My favorite season!
Posted by genevieve at 9:17 AM No comments:

Bisexual Folks Are Who They Say They Are

I'm tired of people saying that bisexuals are confused or really homosexual. THEY ARE BISEXUAL!  To try to claim that they are anything else is disrespectful.
Posted by genevieve at 8:12 PM No comments:

I am truly enjoying life. Since I retired I'm doing the things I enjoy. I'm reading and writing. I'm out almost ever day either with friends or in activities that I'm passionate about. I have learned to enjoy the moment that I am in.
Posted by genevieve at 7:49 PM No comments:

Preclude To My Life Today? 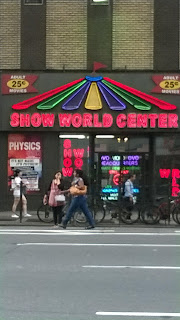 I used to hang out at places like this in the Times Square area back in the late 1960s and early 1970s. There were plenty of places like the above establishment where folks could have forbidden pleasures and fantasies fulfilled. Nowadays, there are only a handful of such places.

At times I wonder if my interest was a preclude to where I am today. I was on the outside looking in never getting involved with a lot the activities but enjoyed the vibe. Here in America, sex and gender seem to be taboo subjects. Why? Perhaps, it may reveal aspects of our lives we are unwilling to acknowledge or admit. When I came out as a cross dresser I concluded that there was a lot more to me than I realized. When I discover my transgenderism it added more fuel to the fire.

What has helped me is that I embrace all that has happened thus far. Meeting and befriending folks of many genders and sexualities shows that I'm one of millions of like people. There's nothing wrong with me. This is who I am. I wonder if some of the people who frequented Show World and other such places were seeking answers to their questions and deep longings? How many died never finding what it was they were seeking or wishing to express?

The hottest place in Hell is reserved for those who remain neutral in times of great moral conflict.

I was out in Greenwich Village today, enjoying the mild weather. I usually get at least one compliment on what I am wearing. Today it it happens three times. I wore an aqua skirt, burgundy top and aqua fedora. A woman came up to me and said she liked the way I coordinated everything. Someone else said 'nice hat' when they walked by. A woman even complimented me on my painted toenails . I always say 'thank you' for their kind words.

These compliments are nice in that I believe in people's honesty and the fact that I'm presenting trans people in a positive way. When anti-trans forces still believe that we are fakes I'm doing what I can to dispel that notion.
Posted by genevieve at 6:53 PM No comments:

Let your hopes, not your hurts, shape your future.