Yesterday I was out with a friend at a flea market. We During one of our conversations we discussed how many neighborhoods are changing. Gentrification is surely changing the way the city looks.Condos, upscale restaurants with overpriced food., banks and drugstores on every corner. Being lost is the mom-and-pop businesses that gave life and personality to a neighborhood.

Everywhere I go, rows of store fronts sitting like empty sepulchers. I am for improving the neighborhood but does everything have to be so sterile? Neighborhoods are becoming less diverse and much more expensive. Everybody looks the same, thinks the same, and live in the same shallow environment. I have not lived in certain places because of this. I like personality and diversity, something that's being lost every day.

I am a lover of the arts, theater, film, and museums. I have long lamented that the average person cannot see a Broadway play because it is cost prohibitive. Seems that the almighty dollar by the greed landlords and developers trump whatever the community has in mind. Kind of sad.  Yes, the neighborhood may look shiny and slick but what does it mean if there is no soul there? If I want to find empty shells, I'll go to the seashore. At least they are beautiful and unique.
Posted by genevieve at 4:40 PM No comments:

While I haven't encountered any physical attacks, I'm aware that it could happen. I'm not afraid, just aware. The risk one takes by being who they are many. Then again that's what makes life worth living. Over two years ago, I started writing poetry. I started not to prove myself to others but to challenge myself. I have a much better understanding of this genre and the people who write poetry. I have written over a hundred poems.

Being vulnerable can bring rewards as well as risks. One of the rewards is discovering that you can do things that you never thought you could. It was like that with poetry and now it's advocating for justice causes. I enjoy the moment that I'm in. Stopping to smell the roses keeps me in tune with life.
Posted by genevieve at 11:27 AM No comments:

ENDA Will Be ReIntroduced On Thursday

The Employment Non-Discrimination Act is set to be introduced in both chambers of Congress on Thursday, according to multiple sources, but without major changes that were previously under consideration.


The bill will be reintroduced in the House by Rep. Jared Polis (D-Colo.), the most senior openly gay member of the chamber, who’s taking over the legislation now that former Rep. Barney Frank has retired. In the Senate, the legislation will be reintroduced by Sen. Jeff Merkley (D-Ore.). The lawmakers’ offices confirmed they would introduce ENDA concurrently on Thursday.
The Senate version of the bill will have five original sponsors: Merkley and lesbian Sen. Tammy Baldwin (D-Wis.) will be two Democrats, Sens. Mark Kirk (R-Ill.) and Susan Collins (R-Maine) will be two Republicans and Senate Health, Education, Labor and Pensions Committee Chair Tom Harkin (D-Iowa) will round out the quintet.-washingtonblade.com

This should be interesting, especially if progress is made.
Posted by genevieve at 2:59 PM No comments:

There comes a time when we have to put aside our egos and fears and proceed with doing what we know is right.
Posted by genevieve at 6:21 PM No comments:

There is a slowdown after all the festivities of Easter. As late April approaches, life is picking up again. It seems that the older I get, the busier I am. I don't mind at all. If I can help someone I will.

I will be out protesting about some issues important to me. I'm against all these wars. With what happened in Boston, it eerily reminds me of 9/11. The drum beat of war by media pundits and politicians are beginning to sound. I was in the service during the Vietnam War. I just missed going but I saw a fellow soldier a year later who was in my basic training unit. He was really messed up. what's really angering is that there are nearly a million homeless vets that the VA is doing nothing for. People need to be out there protesting.

I'm working on my first chapbook of poems which I may self publish. I already have a title for a future chapbook. I was surprised because thinking of titles has always been difficult for me. Go figure. There are some writing projects that I'm considering.

With all the events happening I really have to do my homework. Thee's so much misinformation being put out there about everything that I can't take anything for granted. I guess this is part of my unconventional teaching. I do enjoy it. Well, time to get back to it now

Posted by genevieve at 4:41 PM No comments:

I didn't realize that I made 1100 posts. Wow! I never realized that there was a lot to say or comment on. It's been quite a ride. I just pray that others were helped and encouraged.
Posted by genevieve at 11:03 AM No comments:

I experienced two wonderfully warm days on Monday and Tuesday. A taste of summer in early April. By yesterday it was forty degrees cooler. Like I told everyone, that was just a tease.  I finished reading Selected Poems of Thomas Merton. I began reading the last poems of Robinson Jeffers. I'm amazed at the wide variety of styles and viewpoints about a number of topics by the authors.

I began preparing a manuscript for my first chapbook. I have decided to self publish this one then get a publishing company for the next one. On Friday I moved my radio program to Friday night's at 6 PM. The program, Genevieve's Gems, talks about Godly things from the transgender perspective. I increased it from a half hour to a full hour. The hour went so fast! My wife and I attended a poetry reading event.


Reflecting on some personal aspects, I saw some positive changes in my life. The desire to be more open tops the list.
Posted by genevieve at 4:18 PM No comments:

A friend is someone who understands your past, believes in your future, and accepts you just the way you are.


~Author Unknown
Posted by genevieve at 10:48 AM No comments:

I just have been enjoying the unusually warm weather the past couple of days. Yesterday, it reached 82 degrees.  I was out and about in the city. I arrived at the South Ferry subway station which reopened over a week ago. It was badly damaged during Hurricane Sandy. 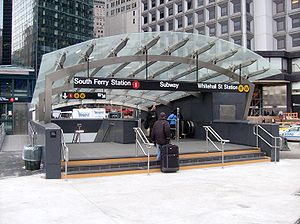 It was the first time that I was in the financial district as Gennee. I got some looks but nothing happened. I visited a few of my old haunts. A couple of them have closed due to the economy. It was just great being out and being myself.

Posted by genevieve at 12:10 PM No comments:

In a time of universal deceit-telling the truth is a revolutionary act.

~George Orwell
Posted by genevieve at 11:43 AM 5 comments:

I took some time off from posting but now I'm back. I hae been reading, writing, and preparing to participate in upcoming protests. I will be attending a couple of upcoming book fairs, a poetry reading, and an investment seminar. As you can see, I will be pretty busy.

My radio program, Genevieve's Gems, is going well. Tomorrow, I will discuss the whole transgender spectrum. Someone made the suggestion to speak about this. I've been broadcasting for a couple of months now. I've always loved radio and now I have my own program.
Posted by genevieve at 11:28 AM No comments: