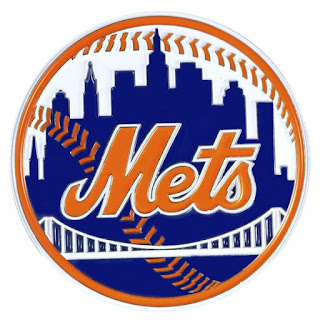 I have been a Mets fan since 1962. Currently, they are in first place in the National League Eastern Conference.  With half of the 2021 season over, there have been surprises and disappointments.  Here is my view of the season thus far.
Biggest Surprise: Boston Red Sox. Saw a rebuild this year but the Bosox has one of the best records. This is not a great team but
sox fans aren't complaining.
Underrated: Milwaukee Brewers. Had many questions about their rotation.  Now they have a couple of good ones in Brandon Woodruff and Freddy Peralta. Have a great bullpen and a potent offense.
Biggest Disappointment(s): Minnesota Twins. Thought they would challenge in the American League Central Division but they are a train wreck. They aren't hitting. Outside of Jose Berrios, the rest of the rotation has been awful. Maeda is inconsistent. Matt Shoemaker (in minors now) and JA Happ. have been putrid.
New York Yankees: What happened? Pitching rotation is a mess. Many guys aren't hitting. Now Aroldis Chapman is all messed up.
Atlanta Braves: I had the Braves winning the National League East. Injuries and inconsistency have hurt them.
Better Get It Going Now!: Washington, Atlanta, Yanks, Toronto (I don't trust the Jays starting pitching).
On the rise: Seattle Mariners.  Had a decent year in 2020. Now over .500. The future looks bright.
San Francisco Giants. I liked them last year though many did not. Were competitive until the last week. Now they lead the National League West Division.
How Are They Doing It?: Los Angeles Angels. I saw a big project ahead. When Mike Trout went down, I thought that was it. Lo and behold the team pulled together and are now playing .500 ball. Trout is returning  now. Let's see how the Halos perform.
Posted by genevieve at 12:58 PM